The best trade of my life also happened in my early years of trading, when I was just starting out.  It happened about 27 years ago actually.  You would think that after all the years of trading that followed, I would have made a better trade.  Nope!

As you will shortly see, that would be impossible.  There will never be a better trade for me.   Coincidentally, the trade I’m about to explain to you fits perfectly within the backpack trader theme of this blog.   It’s what ended up shaping my trading philosophy and helped define my reason for trading in the first place.  Knowing your reason for trading is essential for becoming consistently successful as a trader.

Breaking the Bank of England

Back in 1992, the George Soros had gained infamy and fortune.   He made a trade that was credited for actually ‘breaking the bank of England.‘  The US Dollar was trading at around 2 for 1 against the British Pound (GBP).  It was historically weak vs the GBP.  Soros sold huge amounts of Sterling against the dollar.  He broke the Bank of England and made billions of dollars as a result of that famous trade.

At the time, I was just beginning to learn about technical analysis and basic chart patterns.  In fact, I would eagerly wait for my paper charts to arrive in the mail each week.  Then I would manually update them from closing prices in the Wall Street Journal or Investors Business Daily.

At that time, the only thing I knew about ‘head and shoulders’ was that it was a shampoo for dandruff.  No need for that!  I had a full head of brown curly locks, perfect for the rock bands that I was playing in.  I didn’t have dandruff and had no need for Head and Shoulders.

Head and Shoulders is not just a Shampoo

Comically, it was a ‘head and shoulders’ topping chart pattern that I had spotted.  Coincidentally, right around the same time as the famous Soros trade.  Being lucky is better than being good.  I was in the right place at the right time.  I placed a trade, selling GBP/USD futures contracts right in front of the beginning stages of the big selloff.  The GBPUSD proceeded to lose about 25% of its value.  That’s a HUGE move.

This trade would probably rival the Worst Trade of My Life, just due to my not knowing what I was doing.  I had no real idea how to manage such a trade and definitely took my profits way too soon.  Banking several thousand dollars though, while being the wrong thing to do as a trader, was the best thing I ever did.  I knew nothing about George Soros, or the significance of what was occurring.  I learned about his infamous trade much later.  But the profits I made on that trade changed my life.

The Best Trade of My Life caught some of this historic move.   Soros made billions.  I made a wife!

NEW Training: How to Create a Consistent Income by Trading
<br>

The fact that I was able to participate in this famous trade is not why I refer to it as the best trade of my life, though.  Back then, I was going through some hard times in my personal life.  My girlfriend of several years had just dumped me and it was a dark time I was going through.

The Backpack Trader is Born

I did the only logical thing one should do in such a situation.  I took my profits and bought a 2 month open Euro rail pass, and backpacked through Europe, a trip that would actually last about 4 months in total.

That trip changed my life.  Being a drummer, I picked up a set of bongos in Amsterdam.  Bongos are portable.  I began sitting in with musicians all over Europe, ‘busking’ in the streets, open mic sessions, some spontaneous studio sessions and even did some guest night club appearances.

One day while jamming with a bunch of musicians from all parts of the world, on Ponte Vecchio, in Florence Italy, I met a Venezuelan musician.  We became good friends and actually traveled around Italy, going into bars and offering to play and entertain their patrons for free beer.

The Best Trade of my Life resulted in a life changing journey, that caused a fateful encounter on this famous bridge in Florence, Ponte Vecchio.

To make a long story short, we ultimately went our separate ways.  A few months later, after returning home to San Francisco, I received a fax from my Venezuelan friend (Ricardo).   He invited me to join him in Caracas, meet his musician friends, study Venezuelan rhythms and travel with his band to some live performances they had scheduled around the country.

On January 31st, 1995, I arrived in Caracas.  Ricardo picked me up at the airport and we were soon on a bus, traversing up the harrowing mountain highway that would take us to Caracas.

He had said to me to keep my mouth closed because he was afraid we’d be in great danger if people heard me speaking English.  Caracas was very dangerous in those days.  Of course if you’ve been following the news, you would know that it is even more dangerous today.

On Feb 1st, the very next day, not even 24 hour since my arrival, I met the woman who I would end up marrying.  It was a funny string of unusual events that let me to the person who would end up becoming my life partner.

As I write this blog post today, we are rapidly approaching our 24th anniversary, have a wonderful family and a great life together.  If not for unwittingly shorting the GBP against the dollar, I would have never backpacked through Europe, and would not have met my wife.

Money is Simply a Means to an End

Soros made billions of dollars, I got an amazing adventure and found my life partner and soul mate.  I’ll let you decide who made out the best on that trade but for me, it was the best trade of my life.  Now you know why I will never be able to top it.

Funny how things turn out.  The best trade of my life actually gave birth to this blog, the Backpack Trader, 27 years later!  I think the big lesson to learn from this is how important it is to really know WHY we trade.  Get that part right, and the correct next step will follow.  We can begin to answer the perplexing question, How.  How do we achieve our reason for trading?  This is where would-be traders continue to struggle.  They never get these two critical steps correct.   The answers are found in our eBook, The No Brainer Guide to Trading success.

Written by Troy Noonan
Troy has been with NetPicks since 2006 and has more than 17 years of extensive trading experience in forex, futures and stocks. He has hosted a successful live traderoom for 13 years and created some of Netpicks most successful trading strategies, used by thousands of traders in over 110 countries. He is passionate about his work, which includes teaching others the art (and science) of trading.
Have your say!
4 0
Previous ArticleWorst Trade of my LifeNext ArticleDynamic Trade Setups are Powerful
2 Comments
Comments are now closed for this post. 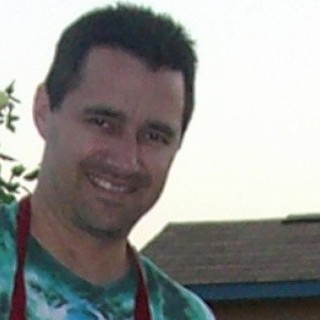